How Gen Z’s Internet Habits have Shaped the Industry 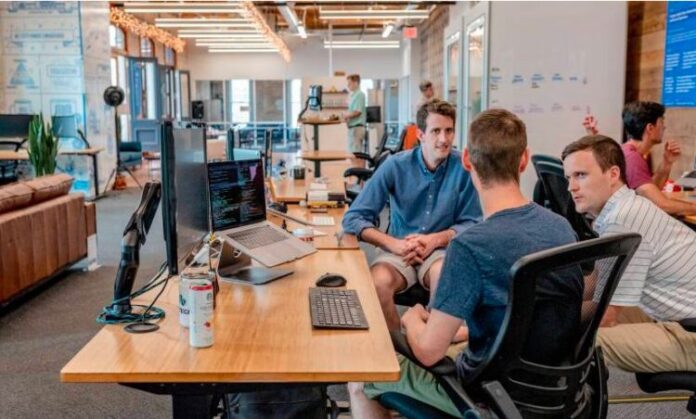 The first generation constantly surrounded by the Internet is Gen Z. Undoubtedly, it also spends the most time online. However, they are the least likely to invest in a broadband connection. Talk about commitment issues, heh. In this article, we talk all about Gen Z and its internet presence.

Gen Z and the Importance of the Internet

The Center for Generational Kinetics studied how Gen Z uses the Internet compared to Baby Boomers, Gen X, and Millennials. Commissioned by WP Engine, the study found that 66% of Gen Z internet users would give up their college degrees and have unlimited access to the Internet.

Generation Z consists of everyone born between 1996 and 2015, their current ages range between 6 and 25. This number constitutes 28% of the US population, a total of 91 million humans, making it the largest generation in the country. However, the large number is still disproportionately affecting the economy. A report by McKinsey found out that 40% of the global consumers can be credited to Gen Z in 2020.

Something noteworthy about the generation is that they don’t know a life without the Internet. So, they are more receptive to new technology and social media trends, increasingly becoming the innovators behind most cutting-edge technology.

The Most Online Generation

It comes as no surprise that Gen Z is spending the most time online compared to other generations, and at this point, their lives and livelihoods depend on it. However, 58% of the Gen Z users said they become uncomfortable if they have to go more than 4 hours without accessing the internet, contrary to just 27% of Boomers.

For most Gen Z members, logging off from their phones seems quite archaic. They prefer to be online and available, manifesting their online presence. The internet is their most significant source of entertainment and connections, and they know how to make the most of it. In contrast, other generations are often found taking breaks from their screens because it can become overwhelming.

While there are no benchmarks for internet use and broadband connections, younger people are likely more comfortable accessing the internet exclusively through their smartphones. 28% of the 18 to 29 age category agreed to this stat. A slight reluctance in using a home internet can be observed. We can trace the reluctance back to committing to just one service for too long. Did you know that Spectrum chat does not bind you with complex contracts; you can easily switch at any time you want.

Gen Z’s Impact on the Future of the Internet

Living up to their ‘digital native’ status, they are generally more optimistic and trust the internet more than any other generation. They also have fewer privacy issues and prefer websites that offer predictive experiences. In addition, 64% of Gen Z users think artificial intelligence will positively impact the world. We think Gen Z is the coolest. We appreciate your tech savvy-ness very much.