Swift Is the Future for iOS App Developers in 2023 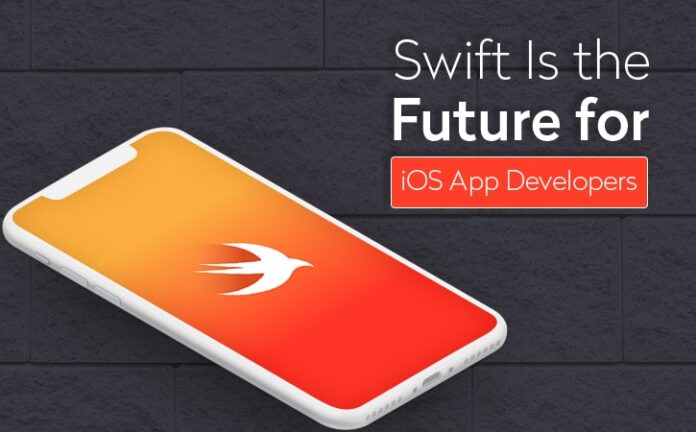 If you are an iOS app developer, then you must know the future of Swift. If you haven’t then it’s about time that you jump on this bandwagon and get yourself updated with the times.

Swift is a trending, fast, and very efficient programming language, packed with ground-breaking functionalities and features.

However, the future of swift has been gaining momentum since then and is now one of the most powerful and highest-paid coding languages in demand. If you are an iOS app developer, you should get familiar with the basic concepts of Swift3 development and coding techniques for building your next mobile application.

Swift keeps its promises! This programming language creates a safe and secure environment to write flawless app code. It ensures to deliver a quality product by eliminating all types of potential threats too.

The latest version of this programming language adds new powerful refactoring tools and will keep Swift ahead of its competition now and in the future. Here are the reasons why Swift is very stable in the future:

Swift has created a code of ground rules; they are to make programmers more responsible. With the introduction of Swift, the Apple developers are trying to minimise the faults and errors that occur in the development of an iOS App.

While Swift is an amazing language for safety, clarity saves a lot of time over the long haul. While Swift may feel strict about safety at times, it will let you know exactly when you’ve written a mistake.

That’s a complete contrast to Objective-C, where errors can arise only at runtime and be difficult to decipher. So you can see how clarity can be quite important!

Swift is a fast, modern and secure programming language. It was developed by the developers at Apple for its platforms like iPhone, iPad, and macOS.Fast: Swift’s approach to safety, performance, and software design patterns makes developing apps faster than with Objective C.

Swift is a modern and beginner-friendly programming language. It is easy to use and has the features that most developers expect. Even now the language improvements are being watched, which means that Swift is constantly evolving and developing.

Ease of reading and writing

Swift is a powerful, yet easy and clean programming language. Simplicity that matches plain English, makes it easier to read, understand and saves time. Swift frameworks are crisp and concise, making the product developed using Swift run rapidly and smoothly.

Swift is one of the fastest development languages. It empowers developers to deliver the code perfectly and re-usable. If your company uses Objective-C, you will definitely see a drastic improvement in efficiency when you start to use Swift..